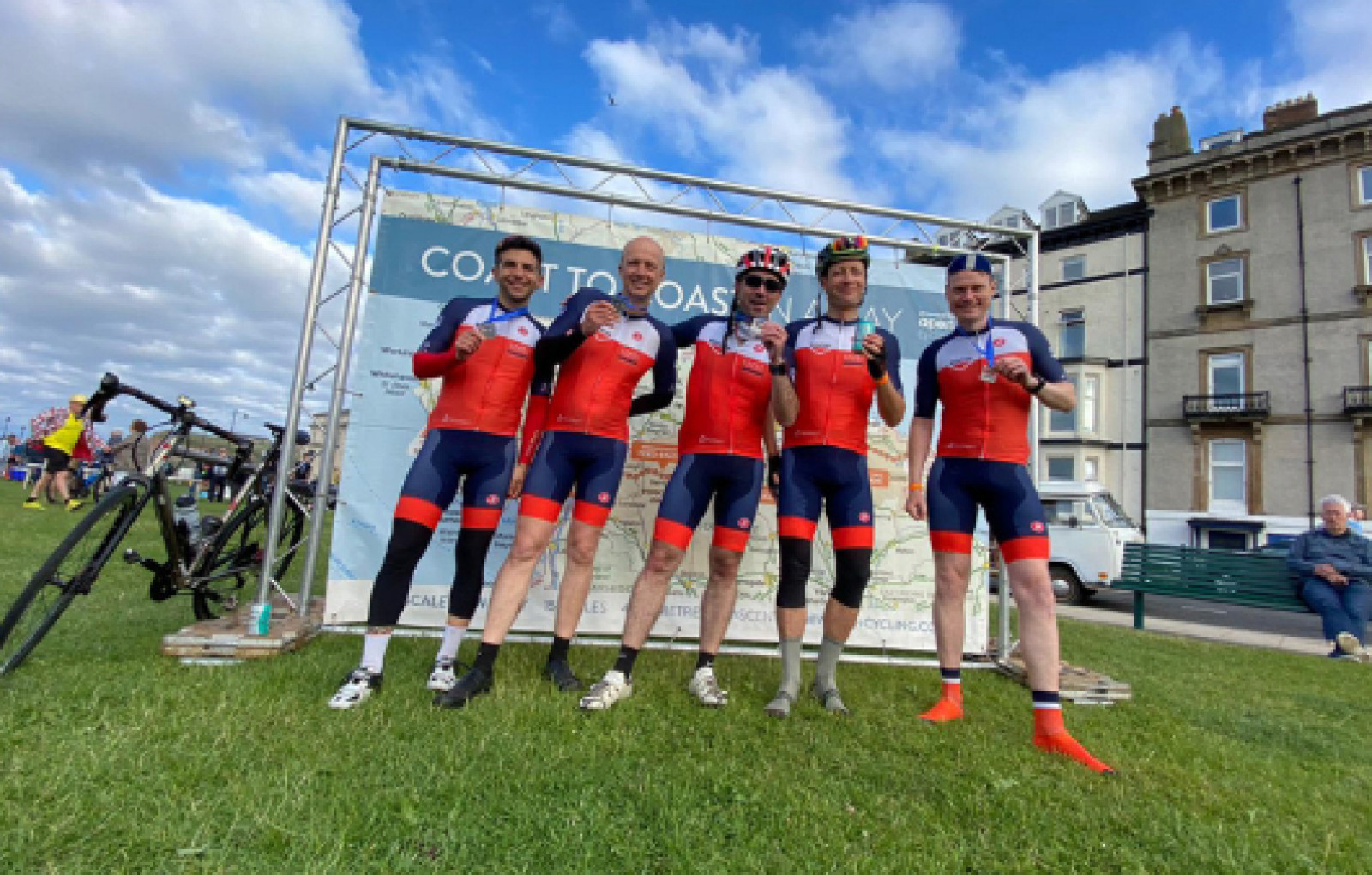 On the 26th June, a team from ROCOL successfully tackled the 150-mile coast-to-coast cycling challenge to raise money for Bowel Cancer UK.

Setting off from Seascale, the team of Shaun Heys, Filippo Pasquini and Philip Clarkson joined by Joe Partridge, Ben Leaver and Andy Stoneman took on a parcours that included The Lake District National Park, The Yorkshire Dales and the North Yorkshire Moors as well as featuring a total ascent of 4,500m, more than twice the height of the Matterhorn.

ROCOL Marketing Communications Manager, Shaun Heys, said, “There’s no doubt about it, the route was a daunting one. However, we knew that we had put the training in and felt confident that we could complete the ride in ten hours or less. Whilst the weather wasn’t great for large portions of the ride, we shared the work on the front of the group and kept spirits high.

“Hardknott Pass is possibly the hardest and most iconic climb in the UK. It came quite early in the ride and the sense of elation at the top is something I won’t forget in a long time. It was then that I knew that we could do the distance and finish the ride.”

The team are raising money for Bowel Cancer UK, a cause close to Shaun after losing his sister-in-law to the disease. Shaun said, “At the top of Hardknott Pass, I received word that we had passed our initial fundraising target of £5,000. That was a fantastic feeling and great motivation for what was still to come.”

Following a food stop outside Ben’s house near Whitby, Shaun led the team as they descended into Whitby and towards the finish line. “It was only as we entered Whitby that I realised we would beat our target time of ten hours,” Shaun said, “It was a fantastic feeling to have our families cheer us over the finish line. Although, I couldn’t wait to get my cycling shoes off by that point.”

A huge well done to everyone involved in this epic achievement. The team’s Just Giving page remains open for anyone who wishes to donate.

Welcome to our microsite, please tell us your name, company and email to chat with a member of the team.